What is Axial Fan Impeller? 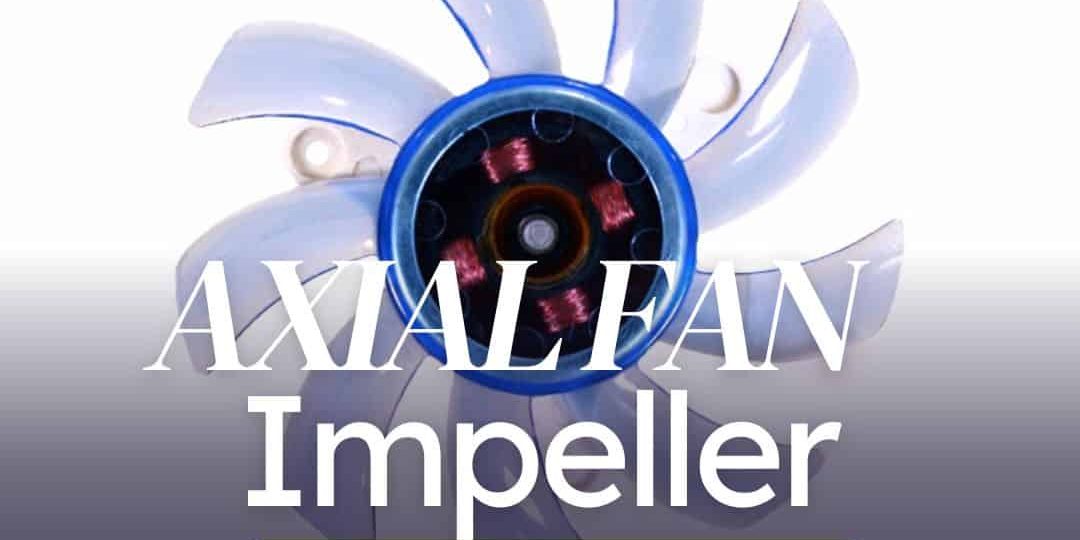 An axial fan impeller is a device that helps to move air using a rotating blade. The blades of an axial fan are mounted on a shaft that runs through the center of the device. The shaft is connected to a motor that powers the rotation of the blades. The rotation of the blades creates a force that moves the air through the device. Today we’ll learn something more about it.

What is an axial fan impeller?

An axial fan impeller is a type of mechanical device that is used to move air in a direction that is parallel to the axis of the rotating blade. The blades of an axial fan impeller are mounted on a shaft that is perpendicular to the direction of airflow. The rotation of the blades creates a low-pressure zone in the center of the impeller and a high-pressure zone on the outside.

Axial fan impellers are used in a variety of applications, including ventilation, cooling, and drying. They are commonly used in HVAC systems, computer servers, and industrial process equipment. In some cases, multiple axial fan impellers can be stacked together to create more powerful airflow.

The basics: how does it work?

The blades of the impeller are angled so that they push against the air in a direction that is perpendicular to the shaft. This design allows for a more efficient transfer of energy from the motor to the airflow. As the blades rotate, they draw air into the center of the impeller and then push it outwards towards the sides of the fan.

The benefits of the axial fan impeller

Firstly, they are relatively simple devices which makes them easy to install and maintain. Secondly, they are able to move large volumes of air or gas relatively quickly and efficiently. Finally, they can be used in a variety of settings, both indoors and outdoors.

The drawbacks: what are the disadvantages

How to select the right axial fan impeller?

There are a few key points to consider when selecting the right axial fan impeller.

Once these key points have been considered, you can then select the axial fan impeller of right size and shape based on your specific needs. There are a variety of impellers on the market, so it is important to select one that best meets your needs. If you have any questions about which impeller to select, it is always best to consult with a professional. We have engineers for this, so you can ask us freely.

In conclusion, an axial fan impeller is a device that helps to move air in a particular direction. It is often used to increase the flow of air in a system. Axial fan impellers come in a variety of sizes and shapes, and can be made from a variety of materials depending on the application.

Why Do Axial and Centrifugal Fans Need CE Approval?
December 30, 2022

Radiator Booster Fan for Even and Smart Heat Distribution
December 26, 2022

What Are Axial Fan Guard Types and Why We Need Them?
December 3, 2022