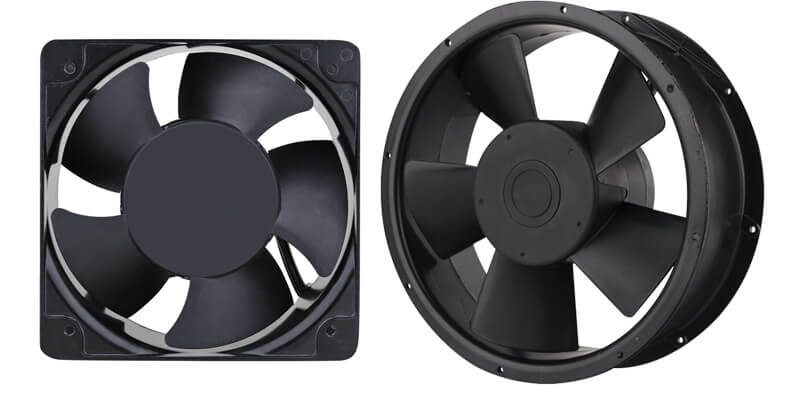 When you need to decide on the best choice between the AC and DC axial cooling fans, you need to consider your needs. You also need to understand the pros and cons of both types of fans. Then, we have the right information for you to make that right choice and get the best cooling fans that meet your need. 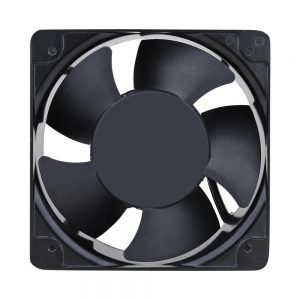 Direct current fans, popularly called DC fans, are used in a wide range of colling applications. This technological piece is energy efficient because it’s powered by a voltage from batteries, usually of a fixed value. This comes in fixed voltage values such as 5V, 12V, 24V, or 48V. This same voltage power source makes it power efficient with fewer noises and more extended usage. However, the Alternating current fans, also known as the AC Fans, are those types of fans with larger power consumption that has their voltage changed to either positive or negative values. Common current sizes with AC include the 100, 120, 200, 220, 230, and 240 VAC, while in terms of frequency, we have the 50Hz and 60Hz.

Over the years, the technology of big alternating current-powered fans has not changed much. This makes it cheaper than the counterpart Direct Current fans of the same size. However, we now have technological innovations that make the price differences between the AC or DC-based fans of the same size negligible.

This short description below highlights important differences between the fan types for you to have the right information before purchase.

Direct current fans utilize a type of sophisticated technology which has evolved over the years. The innovation with the DC fans has made it applicable for use in servers, miners, and electronic devices.  The much newer technology behind these DC fans is that which utilizes the form of permanent management that helps attract or repel the rotor, which is located around the axis with electronic switching. The innovation with the technology has limited the options available for the DC axial cooling fans.

Lower Noise: one major pro of the DC axial cooling fans is that it is acoustically quieter compared to the AC types. The fact that the innovation in technology that has made it use the new type sin 180 integrated to the electronically commutated motor makes this possible. Apart from the motors, other ultra-efficient parts are also incredibly quiet. This makes them excellent for medical devices or instruments, telecom switches, or those integrated into the car entertainment system where there must be minimal noise interferences.

Lower voltage: As highlighted above, the DC axial cooling fans’ technology is that which makes use of lower voltage power compared to the AC axial cooling fans. The voltage range is that of the 5V, 12V, and 24V DC fans. However, for larger size DC fans with 119mm-172mm, the power voltage is 48V. For those that are integrated into the Air conditioners, the fan models are created to have the 115V or 220V.

Water-Resistant: DC fans are also created to be water-resistant, which allows them to be used in devices located in severe environmental conditions.

Intelligent Motion Control: there are selected DC fan models tagged the DC brushless fans and blowers, which use intelligent motion control technology, making the airflow smarter. There is a full-wave-in-board circuit design and some other features which enhance the airflow.

Variable flow: DC fans have been designed to give some form of variety in the speed control functions. With this feature, the airflow can be made to meed the target application. Controlling the fan can be by the use of its voltage, current, temperature, resistance, or PWM signals. This can be used to ensure the fan speed works according to what is expected, increasing when there is a need or reducing accordingly.

There might be a need to get an AC to DC converter to make it work in many situations. For example, the Alternating Current based fans are powered based on the alternating voltage source, whereas the DC versions are powered with the constant voltage source. In such situations, there is a need to utilize the AC to DC converter that could be provided externally or made to be integrated into the DC fan for the conversion process.

The Pros and Cons of AC Axial Fans 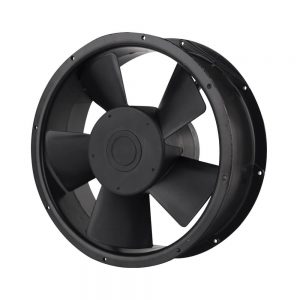 The important issues with the AC fans include;

Variable flow: AC-based fan’s speed is not easily controlled, and this is majorly dependent on the speed with the line frequency, and amplitude of the voltage supplied. For the frequency of the AC voltage that is being supplied to be changed, it is usually not easy and practicable due to the conversion costs. Another major issue is that it’s expensive to main waveform and amplitude from the AC Voltage sources. This makes it challenging to meet that target speed for the AC fan.

More energy consumption: this has been the major demerit of using the AC Fans, making the total cost more expensive than expected compared to the DC fans when there is a need to achieve the same airflow results.

Nail Dryer with Fan, Why It Is the Best Seller
May 24, 2022
Recent Posts
Products
Go to Top